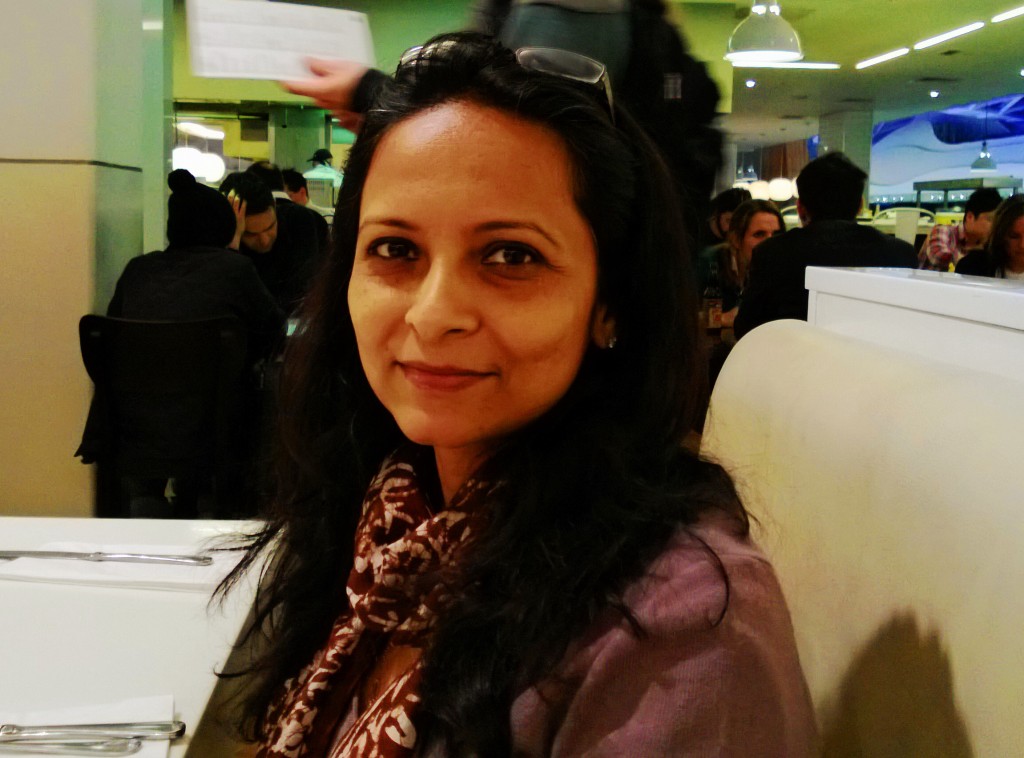 Nadia Kabir Barb is a long standing columnist for Star Magazine (the Daily Star newspaper, Bangladesh). A British Bangladeshi mother of three, she draws inspiration for her column ‘Straight Talk’ from her multicultural background. Her articles range from social and political issues to humorous and often irreverent observations of life in general. In the latest installment of our Author of the Month series, she talks to Casey Harding about the importance of discipline, building a story around a character, and the growth that comes from loss.

So far The Missing Slate has published two of your stories, ‘Let Me Go’ and ‘The Lives of Others’. While different in terms of story, they share the same undercurrent of loss and longing. In ‘Let Me Go’ the protagonist sits by the bedside of her husband who is in a coma after a car accident and thinks back on her loveless marriage and her one hope is that he will die and she will be able to move on. In ‘The Lives of Others’ the protagonist lost his leg in an accident and is forced to beg for change from people waiting by the American embassy. What is it about these themes of loss and longing that are so appealing to you?

Loss is something we have all experienced at some point in our lives, be it physical or emotional. How someone deals with that loss can show the true nature or character of that person. It can bring out the best and worst in us. What fascinates me is the resilience of people. No matter how dire the circumstances or adverse the situation they just keep going. We keep breathing, eating, sleeping, feeling and life just goes on.

Manik in ‘The Lives of Others’ is resentful of not just the loss of his leg but the future he feels deprived of. Yet he still gets up every day and tries to make a living albeit by begging. In ‘Let Me Go’ the protagonist has long resigned herself to a loveless a marriage and a somewhat emotionally abusive relationship for the sake of her children. The accident and imminent death of her husband brings her closer to the freedom she yearns for and the possibility of love. In the two stories, hope and determination are also the byproducts of loss.

Where did the ideas for these stories come from? You say that you, ‘…draw inspiration from my multicultural background…’ Was Manik’s story from ‘The Lives of Others’ taken from someone you know or was it something you observed? Or was it something else altogether?

When I say multicultural background, I suppose I refer to the fact that my husband is a cocktail of different cultures (Eastern European, Dutch, Burmese, the list goes on!), my sister in law is Belgian and half my extended family hail from different parts of the world which has exposed me to different perspectives, be they cultural, political, social or frankly even artistic.

I also find myself drawing inspiration from my experiences of living in Bangladesh, England, Ireland, and Germany. I remember when I was growing up in Dhaka as a child, a young man used to come begging house to house rather than beg for money on the streets. Like Manik, he was an amputee and I always wondered how he had lost his leg and why he only took alms from houses and not from the streets like most other beggars. I never found out so I created my own story.

In most of my stories, I latch onto a character that I have imagined and then create a story around them rather than have a story and find a protagonist to fit into the framework.

As a writer of nonfiction (your column for the Daily Star, ‘Straight Talk’) and fiction I’m wondering what you see as the similarities and differences between the two mediums. Specifically in terms of what the author is hoping to accomplish. I think that in both the author is hoping to enact some sort of change by making people feel a certain way, opening them up to different facets of life, etc, etc. If you agree with that statement, when does it make sense to fictionalize a situation and when does it make sense to report about it?

Life seems to have brought me full circle. I used to read voraciously as a child and even tried my hand at writing poetry thinking I would study literature at university. Instead I ended up with both my undergraduate and postgraduate degrees in the field of Economics and working in the health and development sector in the UK and Bangladesh.

It was only in 2003 when my article about the war in Afghanistan, an issue I felt deeply about was published in the Star Magazine did I realize I had so many other things I wanted to talk about. After having a few more articles published I was approached by the magazine to write a regular column ‘Straight Talk’. This gave me a platform to highlight issues that I felt were important and to reach an audience I might otherwise not have had access to.

So from writing articles for my column to writing short stories has almost been a natural progression. Both allow me to tell a story. The difference being that with my column I am bound by certain parameters and have a definitive narrative. In other words you have to stick to the facts. My aim was to make my articles not just informative but easily accessible and to look at things from a different perspective. With short stories there is obviously more creative freedom and the ability to choose what you write about. As a fiction writer you can decide the outcome of your story in a way a columnist cannot.

You write with empathy and insight from both a male and a female’s perspective. How did you learn to write from such disparate points of view?

I am delighted if I have been able to create characters that the reader finds plausible. It was definitely challenging trying to write from the viewpoint of a man begging on the streets of Dhaka in ‘The Lives of Others’ and a long suffering middle aged woman in ‘Let Me Go’. But I think as a writer, one should never be bound by the constraints of gender, age, race, religion, economic background, or social status when telling a story.

As a mother of three, how do you fit writing into your daily schedule? How do you find the time to write?

When I say mother of three, people tend to think my children are still of the school-going age or younger. I think somewhere in my head that’s still where I’m stuck not wishing to acknowledge the passing of time and the lesser role one plays as a parent as their children grow up.

However, two of my children are in university with one of them living away from home and my youngest studying for her ‘A’ levels, therefore, giving me more than enough time to dedicate to my writing. I think having had a regular column over a long period of time forced me to discipline myself to be able to work to given deadlines and making time around my responsibilities as a mother.

“Perhaps — is this just a fantasy? — the poets of Bolivia form one small part of a worldwide movement in which nations as we know them disappear, along with progressive “developmentalist” thinking, to leave only the pure flow of cash, art, and ideas.”
The Missing Slate’s January 2016 online poetry issue, edited by Jessica Sequeira.

The secret world of Ethiopian poetry

“Ethiopia has always gone its own proud way and this shows in the self-confidence of its poets, who draw on...