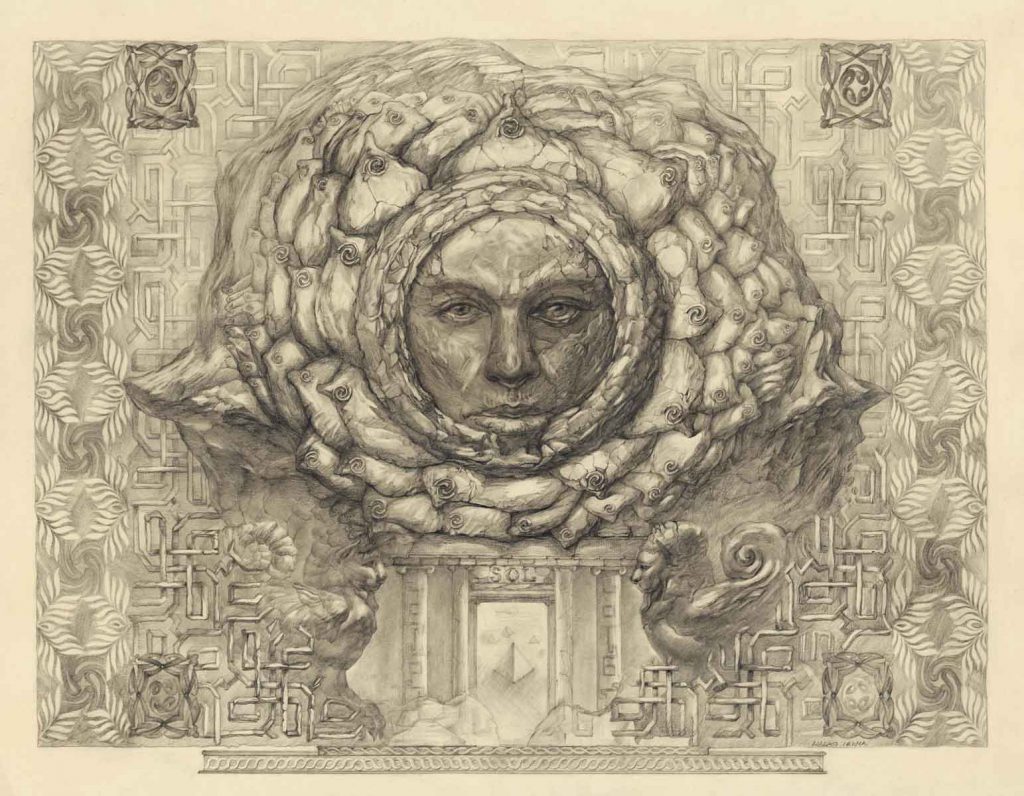 Entrance to Empire of the Sun, by Iryna Lialko. Image courtesy of the artist.

when the gods
finally decided to drink
milk at strange temples, some of us
were thrilled
a few became sad and awful,
pondering over the alleged risks
of additional aggregate demand
I did not have much to do
with god
So I believed my friends, and biked through traffic jams and rain,
to find a Shiv Mandir, near Rangirkhari market.
One by one, the devotees entered
the temple that smelt of chicken blood
and ghee, over burning dry sticks—
now pungent, in milk and cow dung
and one by one they disappeared
like the milk in the containers they held
I returned home without memory, religion; disappearing
further every now and then, when
the gods begin to drink

Goirick Brahmachari lives in Delhi. He grew up in Silchar, Assam. His first collection of poems, ‘For the love of Pork’, has recently been published by Les Editions du Zaporogue, Denmark.

“…half my life is nothing up here,/ where ten thousand years/ disappear like campfire smoke.” Poem of the Week (January 28), by Jeffrey D. Boldt.

"...What Mumbai is not, is impersonal. One comes across gracious, courteous, and helpful behavior in what would seem unlikely places."...