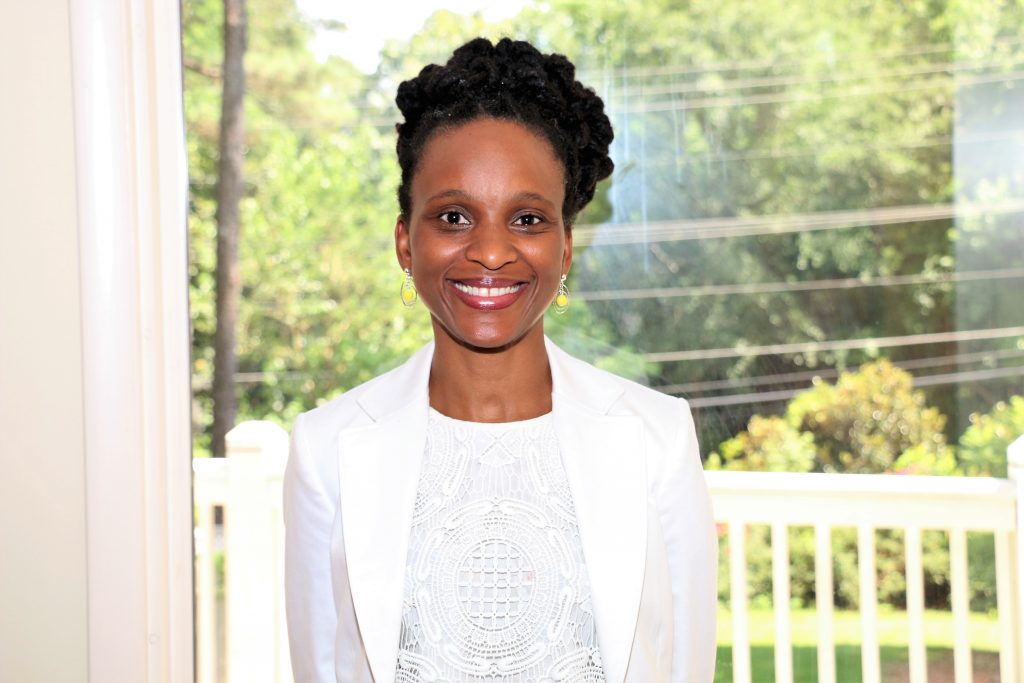 Chika Unigwe is the author of three novels, including ‘On Black Sisters Street’ (2009, 2011 Jonathan Cape, UK and Random House NY) and ‘Night Dancer’ (Jonathan Cape, 2012). Her short stories and essays have appeared in various journals, and her writing has been translated into many languages, including German, Japanese, Hebrew, Italian, Hungarian, Spanish and Dutch. In the latest installment of our Author of the Month series, she talks to Mehreen Fatima Ashfaq about the loneliness of being an immigrant, the use of smell and taste in fiction, and how moving influences writing.

A lot of your work looks through the eyes of the immigrant. In ‘Losing My Voice’, the protagonist says “I discovered quickly that migration goes hand in hand with a peculiar kind of loneliness that not even fresh love can dispel.” As somebody who spends a lot of time away from home, I found this line to be particularly poignant. In ‘Sketches of my Mother’, it seems that old love cannot sate the intense longing that comes with homesickness either. While the protagonist in ‘Losing My Voice’ prevails — finding herself, her voice, her courage — the homesick mother in ‘Sketches of my Mother’ returns home. Do you see the mother’s inability to adapt as a success or a failure?

Writers don’t write out of a vacuum and every new home brings with it a different set of experiences that bear on our writing. We are always changed by our new homes…
The loneliness of the immigrant, particularly one in a country where the language is unfamiliar, is deep and frightening. This is especially true for immigrants who have not moved as ‘expats’ with their companies providing professional support to help them settle in. It is not something one puts oneself through unless there is very good reason to. The mother in ‘Sketches’ has no need to put herself through that. She is not fleeing war. She has not fallen in love with a man and followed them to their home. She is not destitute. Some years ago, my father came to visit me in Belgium and fell ill. At the hospital, the doctor asked if he spoke Dutch. My Dad said no and the doctor said, “Well you need to learn.” I stepped in and said no. My father who was on holiday, in his daughter’s house, did not need to learn Dutch. He wasn’t looking to make a home in Belgium. The mother in ‘Sketches’ already has a home she is attached to. Living in the US is her daughter’s dream, not hers. I do not think of her inability to adapt in terms of success or failure. It just is. She is a woman comfortably at ease in her ways and unwilling to adjust because she thinks it is unnecessary. I can imagine her asking, “Why do I need to change when I have a home where I am fine the way I am?” Growing up in Nigeria, I knew so many European (or half European) families who lived in Nigeria but were not part of Nigeria: their homes were cocoons of whichever European country they came from. They imported whatever they could not find in the local supermarket that was absolutely necessary for their survival in Nigeria. They did not learn any of the local languages. They experienced Nigeria like people in transit. The idea was that Nigeria was not home, so why bother? And many of them did eventually return home.

In ‘Sketches’, the mother wails, her heart breaking for home. This is something the protagonist has not seen her mother do since she was eight years old and her father passed away. The implication here is that the loss of home is tantamount to the loss of a partner. Would you agree?

The loss of anything / anyone close to one is always a profound loss. Not everyone feels so closely bound to their partners or to their homes. There are people for whom it is easy to adopt new homes. And for whom the loss of a partner isn’t quite as devastating for whatever reason. For the mother in ‘Sketches’, the loss of one is as heartbreaking as the loss of the other.

Your writing is alive with smells and tastes. I enjoyed the frequent references to the sweet mottled bananas of Nigeria compared to plastic bananas of foreign lands. In ‘The Smell of Home’, the scent of his wife is enough to bring great comfort to Emeka. For me, home is greenery and the smell of rain. How do you like to translate home in your work?

Warmth. I get off the airplane in Nigeria and the first thing I feel is a warmth that spreads from the tips of my fingers to my toes. I always, always feel like kissing the earth.

When you’re writing a story, do the smells and tastes appear as you write or do you add in specific sensory details during editing? Is there a specific scene that you see before you start writing, or do you have a general plot idea that expands and accumulates detail as you write?

I think it’s a bit of both. The smells and tastes almost invariably come with the earliest drafts but sometimes they need finessing, some chiseling to be just right.  I depart from a general plot idea but by the time I am through with the umpteenth draft, that idea might have modified itself.

In ‘Losing My Voice’, the protagonist talks about her Muse and how it ultimately led her down new paths of creativity (from poetry to prose). What kind of impact has a home away from home had on your writing?

‘Losing My Voice’ is my story. It is one of the few (if not the only) non-fiction stories that I have written about myself as I am (usually) intensely private. In the first few months of my move, I was worried I would never write again. But once Belgium became home and I could write, I discovered that my writing had changed. The move was a necessity. I was in love and I wanted to be with the man I was in love with. It worked out between us. We are still together. In that sense, it was a positive move. Moving to Belgium gave me different stories to tell. I became an insider, privy to stories that I would have had no access to had I remained in Nigeria. Writers don’t write out of a vacuum and every new home brings with it a different set of experiences that bear on our writing. We are always changed by our new homes and those changes affect how / what we write. At least, they do for me.

“I was envious of this open and free culture, this nonchalant attitude toward the body and sex. I wished I was not born and raised in such a straight-laced society.” Rudy Ravindra remembers his escape from an arranged marriage in India and his first love in the United States.

"It always strikes her as a little odd, when she waits in line for coffee or stands at the bus...