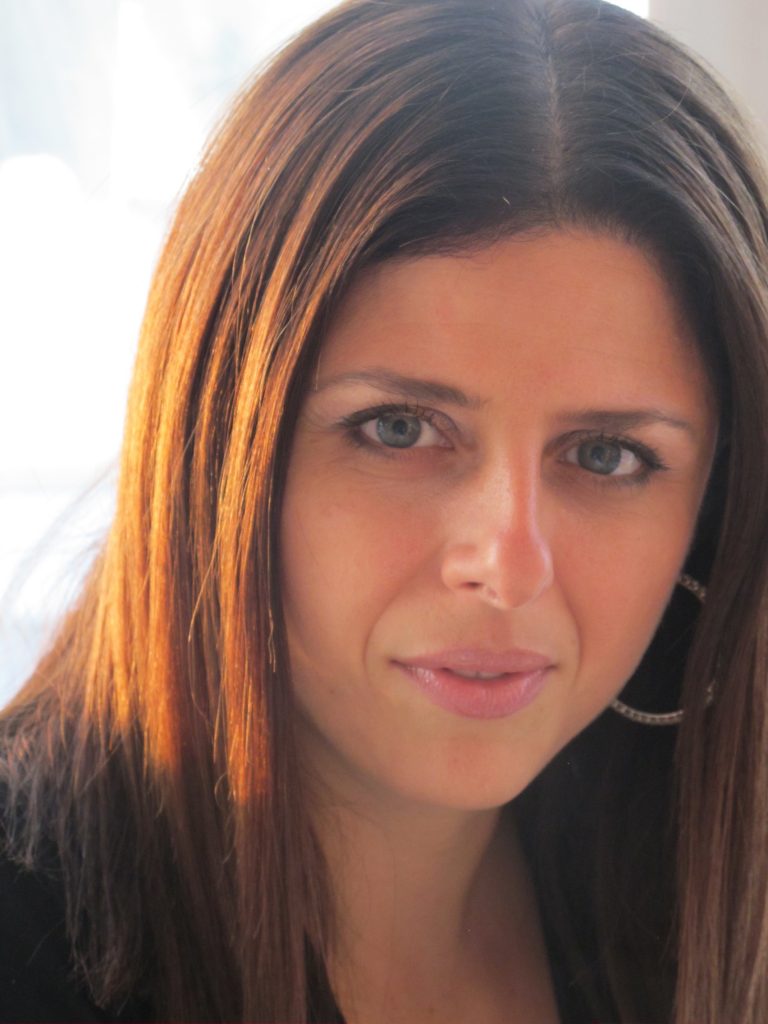 The Missing Slate was once described, by our editor-in-chief, as “a patchwork of multiple cultures working toward a common goal”, and we value few things higher than breaking down the boundaries between cultures and nations to focus on what unites us, as opposed to focusing on what separates us (a common trick, it seems to germane to note, of populist politicians).

Few poets seem to embody the values of our magazine quite the way Nathalie Handal does, in both her extraordinary work and her extraordinary life. In our latest Poet of the Month interview, Nathalie’s discussion with Pratyusha Prakash covers multiple cultures and identifies common goals, as well as the agonies of exile and the ways in which poetry can transcend the wreckage and offer a hope of reconstructing all we’ve lost.

You manage to combine east and west effortlessly: ‘Granada Sings Whitman’, for instance, mixes the Moorish heritage of Granada with the very American image of Whitman (and, of course, the reference to ‘I Sing The Body Electric’). How important is it to you that various cultures come together in your poems? Is it natural for you to bring together contrasting images and cultures, given that you’ve spent time in several different countries yourself?

The intersections manifest themselves naturally. I can’t separate myself into parts. Yet I’m constantly confronted, like others who come from dual or plural realities, with those who want to simplify my complexities. They hand pick at their convenience how they choose to describe me, when the information has been clearly given to them and the importance of why it should be said in a certain way further explained.

It’s important to be close to the truth of our contradictions, collisions and coherencies. To allow them to unaffectedly flow on the page and in life, despite those who want to divide them. East and West are different tunes yet they can create a symphony together.

That said, my body is in the West but my soul never left the East.

Many of your poems echo images of home — for example, in ‘Echoes: A Historical Afterward’, you speak of the loss of home and loss of the tribe. What informs your idea of displacement in poetry?

It’s important our works are read beyond the wreckages of where we come from
Exile and its interminable twists. A life trying to arrive at a resolution that displacement will never entirely grant. Being torn and scattered is an eternal wound that some of us manage, and others don’t. Return is an illusion. Yet with poetry, I’ve been able to reconstruct my destroyed city, my lost country, my family, my memories, my heart and my return. That’s the power of the imagination and of the word. It resists structures of power and injustice in the most essential ways, giving voice to the ruins, and assuring they are discovered, seen and heard.

Are there any specific poets whom you consider particularly skilled in conveying the ideas of displacement?

The list is too long. But I will say that my favorite ones from the Middle East, Central Asia, South Asia, East Asia and their Diasporas are included in ‘Language for a New Century: Contemporary Poetry from the Middle East, Asia & Beyond’, the W.W. Norton anthology Tina Chang, Ravi Shankar and I edited. There are 450 Eastern poets from 61 countries writing in over 40 different languages, grouped thematically into nine sections that work against normative taxonomy.

‘The Record-Keeper’ can be described as a war poem. In the anthology ‘The Poetry of Arab Woman’, which you’ve edited, many of the poems are also war poems. How does war occupy the consciousness of Middle Eastern poetry?

War is a lurid heartbeat in Eastern poetry—Asia and the Middle East. Our histories have been largely defined by conflict, which we have been forced to endure incessantly—on the ground as opposed to a television screen.

Nevertheless, it’s important our works are read beyond the wreckages of where we come from, and that a poem transcends even its initial pulse. ‘The Record-Keeper’ stems from the war in Afghanistan but its dimensionality provides a vision of humanness irrespective of the geographic background.

Poetry in wartime occupies the collective imagination, and is often among the most powerful tools as an expression of suffering or freedom. Following on from the previous question, what sort of a responsibility (/-ies) do artists have during wartime? Are they answerable to the public?

To some it’s impractical or idealistic to believe that poetry can make a difference. But it has always played a fundamental role in freedom and democracy. It leads us to pose necessary questions, not steeped in rhetoric but in instinct and invocation. Poetry is inquest and rumination — it’s the narratives of our transformations.

Poems provide us with indispensable breath and embrace, and maybe most crucially, hope. And artists’ obligation is the responsibility of love.

Silence seems to have a presence in your poetry, often intertwined with form. In ‘Echoes: A Historical Afterward’, this happens at the end of each couplet, as every second line utters a truth. Similarly, in ‘The Record Keeper’, you’ve written the lines “overheard history whisper to history”— the present is silent. How deliberate is this intersection of form and silence?

History is a refrain that we keep playing. Silence is present to help us hear it. To inform and form us in ways that widens us. Silence is not the absence of sound but the presence of song. One your heart knows by heart even if you don’t. And the heart is like a city. We only discover a small number of its innumerable parts.

For me, when I enter a meditative state, I’m reliving the best scenes on television from the previous week; be it the Red Coat…

Author of the Month: DC Diamondopolous

"I get up every morning and write. After that I go for a long walk and come back and write...