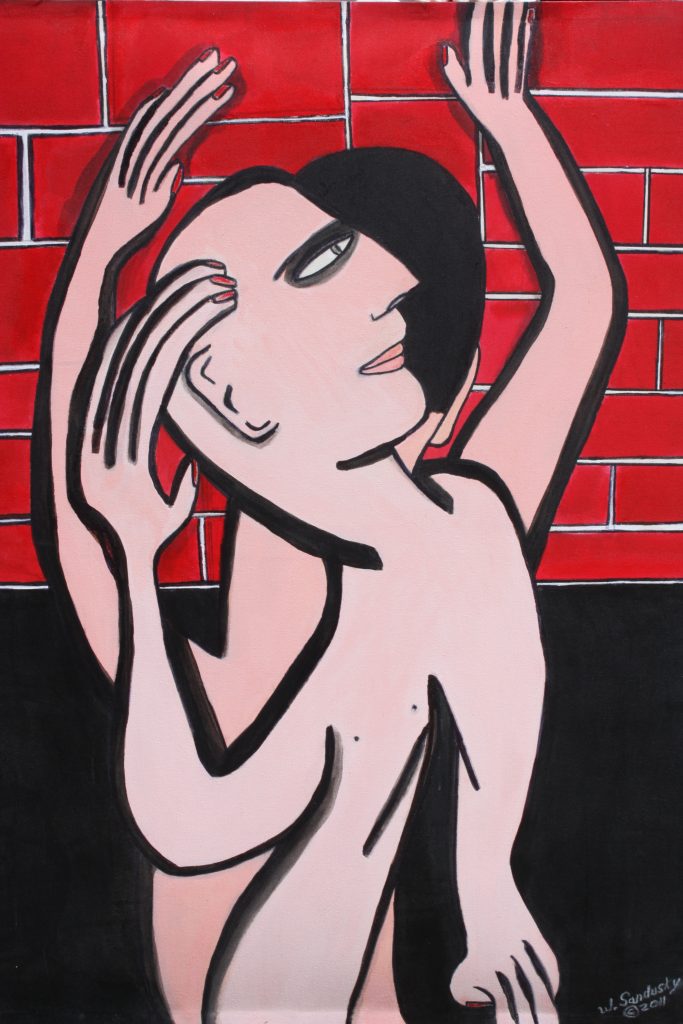 Often when one thinks about it, the idea of prejudice seems rather simplistic. Most of us are inclined to dismiss “other people” as prejudiced or bigoted based on an intrinsic binary each of us carry that indicates how “good” we are; and by good I am alluding to a number of modifiers “moral”, “clever”, “liked”, “successful” – it’s astonishingly fluid, this definition of “good”, when one thinks about it. Then again, so few of us ever think about it. Prejudice, in nearly every incarnation, is something that is cultivated and perpetuated by other people on even more “other” people. The “I” is never prejudiced.

The “we” almost never.

There is a meme making the rounds on the Internet these days, one of those classic, hackneyed humanist memes that tends to resurface every time the human race is being particularly brutal to itself. The meme shows a baby staring into a camera and bears the caption “this baby does not hate anyone, please don’t teach it to”. I am always struck by how simple the idea of ‘not hating’ sounds but how it is anything but easy in practice. For the case in question, it is quite macabre – using the image of a baby to introduce a maxim on the birth of bigotry. The fact is, babies are raised by people, in places, with certain philosophies; each faction will multiply into a personality, and each personality will be a composite of values, and those values will begin with prejudice. After all, the human race has not yet found itself capable of defining a version of “good” that does not simultaneously include denoting what is “bad”.

It sort of begs the age-old question “why can’t we all just get along?” It appears we can’t and history and experience suggest that we won’t. One of the reasons prejudice survives and thrives is that, as social creatures with the ability to reason, human beings rely on classifications to build structures. We ground ourselves in space and time by aligning with a gender, race, religion, cast, creed, country, colour, language, art, policy, ethic and power. It is how we tell our stories because a universal “human” story would just be too big and too complex and ironically “too simple” to be compelling if there weren’t points of conflict and dissonance. After all, doesn’t every great story thrive on conflict?

There is some measure of scapegoating that inevitably takes place when one places religion over rights and an ideal over human lives.

Psychological research on prejudice first emerged in the 1920s and was based upon American and European race theories that attempted to prove “White” superiority. At the time, on reviewing 73 studies on race and intelligence, an influential 1925 Psychological Bulletin article [1] concluded that the “studies taken seemed to indicate the mental superiority of the white race.” In light of medical, anthropological, and psychological studies purporting to demonstrate the superiority of white people, many social scientists viewed prejudice as a natural response to “backward” races. This perspective changed in the 1930s and 1940s as civil rights movements began to take root to challenge colonialism and anti-Semitism. But in some ways it grounded how we continue to view prejudice as being primarily rooted in race even today. There are many forms of prejudice but some part of our universal ethic grounds it in racism. This may be one of the reasons why modern variations of this phenomenon like “Islamophobia” are often grounded in race debates rather than religion debates. The words “that’s racist” has ethical appeal to underpin issues marking prejudice, even when those prejudices may be about ethical considerations themselves. This is also where many of the ideological pitfalls of “multiculturalism” are often located. There is some measure of scapegoating that inevitably takes place when one places religion over rights and an ideal over human lives. Then again, the debate of who gets to decide which cultures demand scrutiny and along what lines is often prejudiced in and of itself. So there is really no escaping some incarnations of prejudice.

It is hard to identify at what precise juncture prejudice is perpetuated; some claim it starts at birth, others that it begins to take root with how one is socialised. And yet there is another dimension to prejudice, it operates differently on an individual level and a collective level. If enough people validate it, it can and often is incorporated into ethical frameworks — religions, philosophies, laws. After all, nearly everything that is considered prejudiced today was once considered acceptable, if not downright moral at some point in history, and who’s to say the variables in play right now won’t shift to form future prejudices?

However, one thing becomes clear in emerging and archived narratives on prejudice and bigotry — the real battle lies somewhere between the juncture where fact becomes fiction and when statistics start to converge into stories. The former grounds a narrative into rationale and the latter into the realms of romance. Most of our prejudices are rooted in some romantic notion of morality, we eulogise and glorify these acts for “the greater good”, bearing out the notion that curbing things we don’t like in the now serves a glorious overarching purpose.  Human beings need to have “reasons” behind what they do. Doing the “right thing” is never enough unless there is some glory — personal or public — to accompany the act. This is where our morality is underpinned, not just in the face of ‘right’ but in the stories that can be told about it. This is why the science of prejudice can never completely be disassociated from the story of prejudice. The whys must always be grounded in a complex concoction of familiarity rather than mere facts and figures.

Carl Sagan said “The truth may be puzzling. It may take some work to grapple with. It may be counterintuitive. It may contradict deeply held prejudices. It may not be consonant with what we desperately want to be true. But our preferences do not determine what’s true.” [2] It’s a beautiful sentiment, noble and direct, but socially speaking, very hard to translate. “Accepting the truth” is very different from “telling the truth” in our collective consciousness. This grounding of truths is complicated when people need to find a way to rationalise them to their liking – and we all rationalise truths we don’t like.

Perhaps this is the point at which prejudice is born?

According to Georg Christoph Lichtenberg [3], “Prejudices are so to speak the mechanical instincts of men: through their prejudices they do without any effort many things they would find too difficult to think through to the point of resolving to do them.” Hereafter, there is free reign for a spark of bigotry to take flight and prosper. As Voltaire held, “Men will commit atrocities as long as they believe absurdities” and by the strictures set out by Sagan, most things out of the realm of provable truths are some form of absurdity. Some absurdities are idealistic, romantic and naïve in the best way possible, and others are vile and dogmatic, but neither form “truths”.

The most standard incarnation of prejudice involves “Us versus Them” formations that begin the moment most of us start to compartmentalise. It is perhaps somewhat telling then that human education is founded on the act of compartmentalising both information and experience. Having an “Us” and a “Them” is a fundamental part of how we recognise ourselves.

Gordon Allport first explored this relationship between prejudice and categorical thinking in his seminal work ‘The Nature of Prejudice’ [4] While recognising the emotional, social, economic and historic dimensions of prejudice, Allport also proposed that it was an outgrowth of normal human function by saying, “The human mind must think with the aid of categories… once formed, categories are the basis for normal prejudgment. We cannot possibly avoid this process. Orderly living depends on it.” This is the reason why even though social categories form an indispensable part of human thought, they are open to approximation because of markers such as race, sex and age; all of which form a sort of continuum and are therefore the bedrock of social labelling.

Jay Sizemore on his Oscars’ favorite.