Introducing numbers 16-20 in our survey of the ‘best’ poets in Britain. More information on how the rankings are put together is available here. 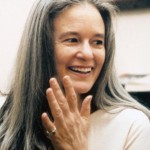 The poet behind ‘The Pope’s Penis’ (‘It hangs deep in his robes, a delicate/ clapper at the center of a bell’) and ‘Adolescence’ (‘I could not learn to get that/ diaphragm in. I’d decorate it/ like a cake, with glistening spermicide’), Sharon Olds was described by Anis Shivani as having ‘given confessionalism such a bad name it can’t possibly recover.’ Not so. Her post-divorce collection Stag’s Leap won the 2012 T.S. Eliot Prize, and contained Olds’ usual mixture of bravura phrase-making and naked vulnerability. Although Olds is perhaps more interested in narrative than structure and sound, it would take a very narrow-minded reader to dismiss her work as all risky subject matter and no style.

Go and read: ‘I Go Back to May 1937’ is the Sharon Olds poem, but —as when fighting a dragon — it’s often better to go for the soft underbelly first: ‘This Hour’ displays an alternative side of Olds’ poetry.

2011/12 highlights: Shortlisted for the T.S. Eliot Prize in 2012; The Death of King Arthur selected in Sarah Crown’s Guardian poetry books of the year round-up; reviewed in Poetry Review and Poetry London.

Thousands of GCSE students across Britain will claim familiarity with Simon Armitage’s work, but the poet himself is surprisingly tough to pin down. His most recent book of poetry, The Death of King Arthur, is a translation of a heavily alliterative 4000-line poem written over six centuries ago, while other recent projects have included a walking tour of the Pennine Way. Outside the vastly different world of performance poetry, Armitage remains one of the few writers who can command a large audience, and his translations of Homer and mediaeval English poetry reflect a fascination with the epic. While he became known for shorter poems in which the energy of the language often disguised the precision of the writing (‘Poem’, ‘The Shout’), the ambitious poet behind ‘Killing Time’ and ‘Black Roses’ is perhaps closer to the ‘true’ Armitage.

Go and read: (and listen to) ‘You’re Beautiful’ and, if you’re one of those readers who still associates the iambic pentameter sonnet with Wordsworth, ‘Poem’. 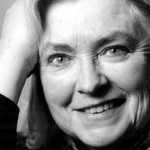 Wales is proud of its poetic tradition, so proud that the second line of the national anthem proclaims the country to be the land of ‘poets and singers, honoured and free.’ Gillian Clarke, the current national poet for Wales, doesn’t quite fit into the grand bardic tradition (the exact word in the anthem is ‘beirdd’ — close enough to the English equivalent to need no translation) of Dafydd ap Gwilym and, arguably, Dylan Thomas. Clarke’s poems are quieter and more subtle, but retain the weight of someone speaking on behalf of a language and a culture, as when she ends ‘The Water Diviner’ with ‘a word we could not say, or spell, or remember/ something like ‘Dwr…dwr.’’ She’s also capable of conjuring a lasting image with only a few lines: ‘The tramp they found in a field/ after the thaw./ When they lifted him, meltwater/ streamed from his open mouth.’ 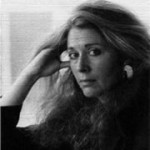 2011/12 highlights: Place won the Forward Prize for Best Collection in 2012, and was shortlisted for the T.S. Eliot Prize.

Jorie Graham became the first American poet to win the Forward Prize, and a comparison with Sharon Olds is hard to resist. Graham is the quieter and more philosophical of the two, although she wears her learning heavily at times: Anis Shivani included her in his ‘fifteen most overrated contemporary American writers’ (alongside Olds), lambasting her ‘abstractions, pseudo-philosophising, self-importance…’ For the Forward Prize judges, on the other hand, Graham is ‘startling, powerful’ and ‘a joy’ to read. Graham can be obstinately introspective, as when writing of ‘my head, my century, the/ one where 187 million perished in wars,/massacre, persecution,/ famine —all policy-induced’ and quickly bringing the poem back to a personal anecdote, but she’s unquestionably a major figure in American poetry.

Go and read: The ‘turn-of-the-millennium’ poem ‘Minnows’ shows Graham grappling to connect a big theme to her own thought process, with some quicksilver images darting through the denser lines. 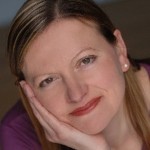 Described as ‘one of Wales’ better kept secrets’ by Kathryn Gray, Samantha Wynne-Rhydderch has published two collections (with Seren and Picador, two of the leading poetry publishers in Britain) and came close to winning the National Poetry Competition in 2011. Her poems often build slowly, with an eye for what she calls ‘abandonata’, the things left behind: ‘Frozen to death, outside/ the remains of a dog, chained in ice’, or Brighton’s dilapidated West Pier ‘staggering/ like a shot beast in the high tide.’ Wynne-Rhydderch is also interested in history, or in what history tends to forget: photographs of ‘Crown Duchess Tatiana rollerblading’ and ‘Anastasia, planting cabbage seeds and cress…’ in the disturbing ‘Shaved’, for instance.

Go and read: ‘Ponting’, the National Poetry Competition runner-up (Ponting as in Herbert, the member of Scott’s Antarctic expedition, rather than Ricky, the Australian batsman).

Senior Articles Editor Aaron Grierson takes a look at the evolution of gamerspeak.

This week begins with the inauguration of "Women in Film", a web-only column focusing on women filmmakers from around the...