Moving towards the top 10 in our annual survey of the ‘best’ poets in Britain. More information on how the rankings are put together is available here. 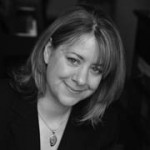 Julia Copus’ poems have a precision and a solemnity that sets them apart from a great deal of contemporary work: it’s hard to imagine many poets daring to describe ‘noctilucent cloud’ (‘Loch’) or a ‘glabrous’ womb (‘Lapse’), or coming up with a new form as constrictive as Copus’ ‘specular poems’, in which the last line must be identical to the first, the penultimate line must be identical to the second, and so on… RV Bailey praised her ‘great leaping complex visions’, and Copus is perhaps at her best when taking risks: the specular poems illustrate the point, as do the lengthier poems in the second section of her most recent book, The World’s Two Smallest Humans. In the last decade, Copus has won the National Poetry Competition and the Forward Prize for Best Single Poem, in addition to making the shortlists for both the T.S. Eliot Prize and the Costa Prize in 2012. Although she doesn’t possess the popular appeal of Carol Ann Duffy or Simon Armitage, she deserves to be recognised as one of the leading poets of her generation. 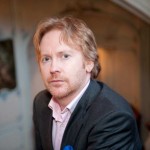 2011/12 highlights: Shortlisted for the T.S. Eliot Prize in 2012, and included in the Forward Book of Poetry; Dark Water reviewed by Poetry Review, Poetry London and the Guardian.

Inhabiting (according to Curious Incident of the Dog In the Night-Time author Mark Haddon) ‘a world of reservoirs and grimy seaports and old record shops and scrubby cul-de-sacs on the edge of town’, Paul Farley is a very different type of Liverpool poet. His interest is certainly on the edge of things, as demonstrated when he co-wrote a guide to England’s ‘zones of inattention’ —the hinterlands between the rural and the urban — with Michael Symmons Roberts. Farley belongs to the group of poets inspired by Michael Donaghy: a group interested in the possibilities of traditional forms, working in the shadow of American neo-formalists such as Richard Wilbur and Anthony Hecht. Traditional iambic pentameter lines slip subtly and effortlessly into his poems (‘The moon we know from dreams or celluloid…’), occasionally ending in Muldoonesque off-rhymes (‘penny-ante/Polanski’ and ‘camera/Snowdonia’ both appear in the first stanza of the wonderful ‘Keith Chegwin as Fleance’). For all his international influences, Farley continues to be drawn back to his home city, and his name was included on a recent list of Liverpudlian literary greats, inscribed on a granite panel outside the redeveloped City Library.

Go and read: ‘Keith Chegwin as Fleance’ is a wonderful example of Paul Farley’s ability to add weight to a subject that, in the hands of anyone else, would seem insubstantial. Here’s a poet who can find nostalgia in a tin of treacle… 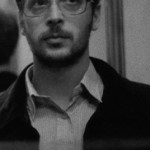 2011/12 highlights: 81 Austerities won the Forward Prize for Best First Collection (2012) and was chosen as a Book of the Year in the Telegraph and the Guardian.

‘A voice… of a generation’, as Lena Dunham would put it. Sam Riviere’s first book, 81 Austerities, seems to have taken the temperature of the times more accurately than any other poetry collection over the last couple of years. Riviere’s debut deals with facebook, porn sites, e-mail, smart phones and government cuts to arts funding, presenting the reader with what Ruth Padel calls ‘a vision of a world ruled by twin demons, Austerity and Information Overload.’ Riviere works with choppy line-breaks (‘and very soon the things we cherish most/ will likely be taken from us the wine/ from our cellars our silk gowns and opium’) and hyper-conscious endnotes which perform the old trick of using self-deprecation as a form of defence. As a Faber New Poet, a PhD candidate at the University of East Anglia and an Eric Gregory Award winner, Riviere is undeniably a poetry ‘insider’ attempting to maintain an outsider’s perspective, and the critical recognition for his first collection suggests he’ll be at the heart of the British poetry scene for a long time to come.

Go and read: ‘Hello, I’m visiting the area on behalf of Amnesty International’ — Riviere in one of his more lyrical moods. 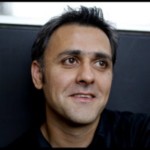 2011/12 highlights: Shortlisted for the T.S. Eliot Prize in 2011; Tippoo Sultan’s Incredible White-Man-Eating Tiger Toy-Machine!!! chosen as one of the Books of the Year in Sarah Crown’s Guardian Christmas round-up.

Daljit Nagra made a memorable debut back in 2007 with Look We Have Coming to Dover!, a vibrant collection which sounded like nothing else in mainstream British poetry. Nagra is a superb performer of his own work — one of those writers with the apparently intuitive ability to win over an audience within minutes — and every poem bursts with energy. From the title alone, Nagra’s latest collection, Tippoo Sultan’s Incredible White-Man-Eating Tiger Toy-Machine!!!, is his most energetic yet. There’s a case to be made for his work being stronger in performance than on the page, but many of his poems are intricately crafted, with an interest in working with (and against) traditional forms. Nagra’s obvious selling point is that he’s the only mainstream British poet with Punjabi heritage, and the danger of being confined to a (multi)cultural niche is a danger he seems to acknowledge in ‘Booking Khan Singh Kumar’: ‘Does it feel good in the gap in the market?… Did you make me for the gap in the market?/ Did I make me for the gap in the market?’

Go and read: ‘A Black History of the English-speaking Peoples’ is Daljit Nagra at his most ambitious, celebrating and spurning that ‘union of black and blue/ flapping in the anthems of haunted rain.’ 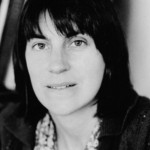 2011/12 highlights: Shortlisted for the T.S. Eliot Prize in 2011, before withdrawing in a protest against the prize’s sponsors (investment company Aurum). Memorial selected as a Book of the Year in both the Guardian and the Telegraph.

Alice Oswald made national press headlines in 2011 by withdrawing from the shortlist for the T. S. Eliot Prize in protest against sponsorship from Aurum, a hedge fund management firm. Oswald was joined by John Kinsella, but fellow poets seemed to be divided on the merits of her stand. Her shortlisted collection, Memorial, was a reworking of the Iliad and represented something of a departure from her previous work. Before Memorial, Oswald was best-known for detailed, unflinching examinations of the natural world, with several poems bearing the influence of Ted Hughes. From her breakthrough collection, an idiosyncratic book-length journey along the River Dart, to her collaboration with the illustrator Jessica Greenman in Weeds and Wild Flowers, the common thread running through Oswald’s work is her emphasis on giving a voice to people and objects often overlooked by other writers: even when adapting the Iliad, she chose to focus on the ‘ordinary’ soldiers rather than the great heroes of Homer’s poem, opening her version by listing the names of hundreds of the dead.

Go and read: Oswald’s work has finally been added to the Poetry Archive, and you can listen to her reading the opening section of ‘Memorial’ here.

In the opening essay from ‘Literature at the Global Crossroads’, Anis Shivani reflects on the past, present, and future of ‘World Literature’

A Cold Day in Hell: Gothic Weather in Let the Right One In

Film Critic Marcus Nicholls writes about the manifestation of Winter Gothic in John Ajvide Lindqvist's Let the Right One In...