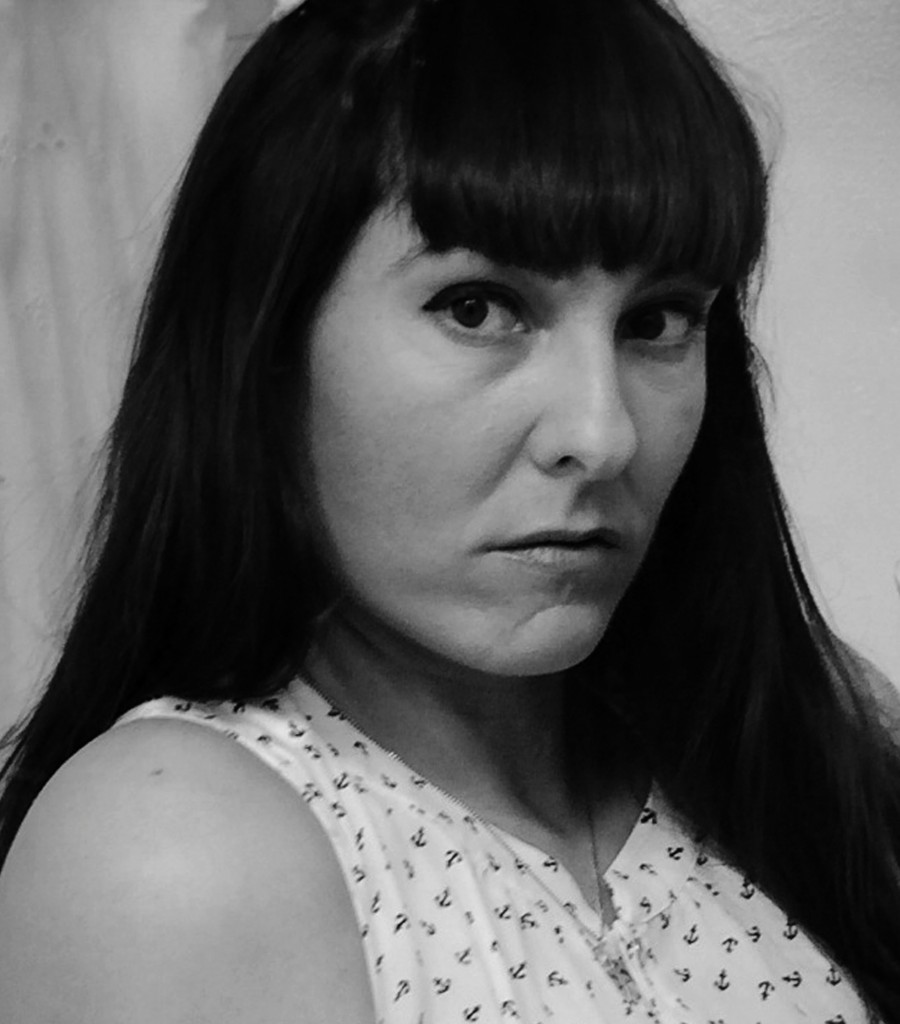 Erika T. Wurth, The Missing Slate’s Author of the Month for March, is Apache/Chickasaw/Cherokee: here she talks to Abbigail N. Rosewood about Native identity, struggling against dominant cultures, and the ‘inevitable clash between expectation and reality’.

In your story, the Indian Center is depicted as a rather disorganized and aimless place, where most of the participants would rather spend their time texting than engaging with each other. What is your opinion of cultural communities and centers designed for particular groups? Do you think they are helpful in getting one to bond with others who share one’s cultural identity? Are there benefits/dangers?

I think what I was writing about in this story is kind of the human, inevitable clash between expectation (community-building) and reality (gossip). In any community center, this kind of thing is going to happen and sometimes it’s good and sometimes it’s bad. I think they’re important — at Fort Lewis, for example, where I went to undergrad, the Indian Center was a place where Natives could go when they were homesick or just needed a computer to work on. I didn’t go, because I was a loner but also because my best friend was also a Native who wanted to write, and that was really what I needed. But without these places, all kinds of things that are so nice for Native people (in cities, in reservations, in schools) like organizing for a powwow, or language classes, wouldn’t exist. My characters are so young that they haven’t quite figured themselves out yet — so the center is a place for that to happen, in a messy human way.

The character Justine constantly contradicts herself. As readers, we are not sure whether or not Justine is aware of her own inconsistencies. She also insists on being an alcoholic and presses the narrator to embrace stereotypical Native American traits. To what extent does a person’s identity belong to him/her, and to what extent is it already determined by his/her heritage (or lack of heritage)?

That’s a big question in Indian country: I think that we’re inevitably formed by both. A lot of folk focus on racism as a determining factor (something that comes from the outside the self) and a lot of folks focus on community: language, politics, race, as a determining factor (something that comes from inside the self, and inside the community), and I think both of those things form a person. But as to individuality, I don’t think that’s tremendously different for a Native person than it is for another person in the sense that we are all our community, our individual decisions, our genetics. What is different in this sense is that Native people are (a) forced into a political identity due to the history of our peoples and the way that profoundly still effects our daily life today and (b) the weird, creepy, pop-culture pan-Indian identity that folks are so attached to, and in fact, try very hard to reinforce. That last issue, (b), is especially difficult because so many Natives are in the process of cultural recovery, as to things like language and religion, and that’s something that, for lack of a better way of putting it, can interrupt that process.

If you’re from the dominant culture, your culture, your language, the things that form your identity, are in many ways so dominant that they are invisible…
Chris, a white male, announces that he doesn’t care about identities. It brings up an interesting point—are identities real or tangible? Is it fair to suggest that those who struggle most with their identities tend to be ethnic minorities? If so, why do you think that is?

I think this is the most simple question, because so many people before me have answered it so well. If you’re from the dominant culture, your culture, your language, the things that form your identity, are in many ways so dominant that they are invisible, they appear neutral, they seem to be what “everyone” does, because it is what the culture in charge has decided that everyone should do.

You also write poetry. Are there subjects that you reserve for poetic forms? How do you decide whether to translate your ideas through a poem or through a story?

This is a funny one, because so many writers who do both (and I think my foot is more firmly in the fiction) will say that when the poem becomes too long, it becomes a story. I don’t work that way at all: they occupy very different emotional spaces for me, and I can always feel when one is coming on, if you will. I’m also really interested in form, because the form of a piece influences the content, and there should be an intuitive relationship between the two — so in my opinion, the form of a poem is so radically different (for me) to the form of a story (though I borrow techniques from each for each) that they’re fairly separate in my mind. Though I will say that recently, at AWP, I went to a panel where someone said that math is to the sciences as poetry is to all creative writing, and that struck me as very true. I think that without poetry, without that focus on language at the core, it’s not art.

What are you working on right now?

I just finished the edits for my novel, Crazy Horse’s Girlfriend, which comes out in September of this year (Curbside, the best press ever, is putting it out). That was an eleven-year process for me, the writing of the novel, because figuring out how to extend narrative over 80,000 words was just something I had to bang my head against, over and over. I went through a couple of agents, one of whom, with one of the latest versions, came very close to selling it to a big New York Press. I’m glad she didn’t. I realize now that I just wouldn’t have fit there. And Curbside is bringing the house down with the way they’re promoting the work. I also just finished a collection of stories and a novella, mainly about the Native American film industry from the inside; what the Native directors, who’ve never had so much attention in their lives are doing, what the folks who are the “buckskin” actors — the ones who end up in buckskin half the time to make their living are like — it’s been fun. I’m also in New Mexico on sabbatical, researching my next novel, about Native American gangs, which is something that no one in the United States (unlike Canada, where apparently it’s talked about a lot) is talking about.

Abbigail N. Rosewood is a Contributing Editor for the magazine.