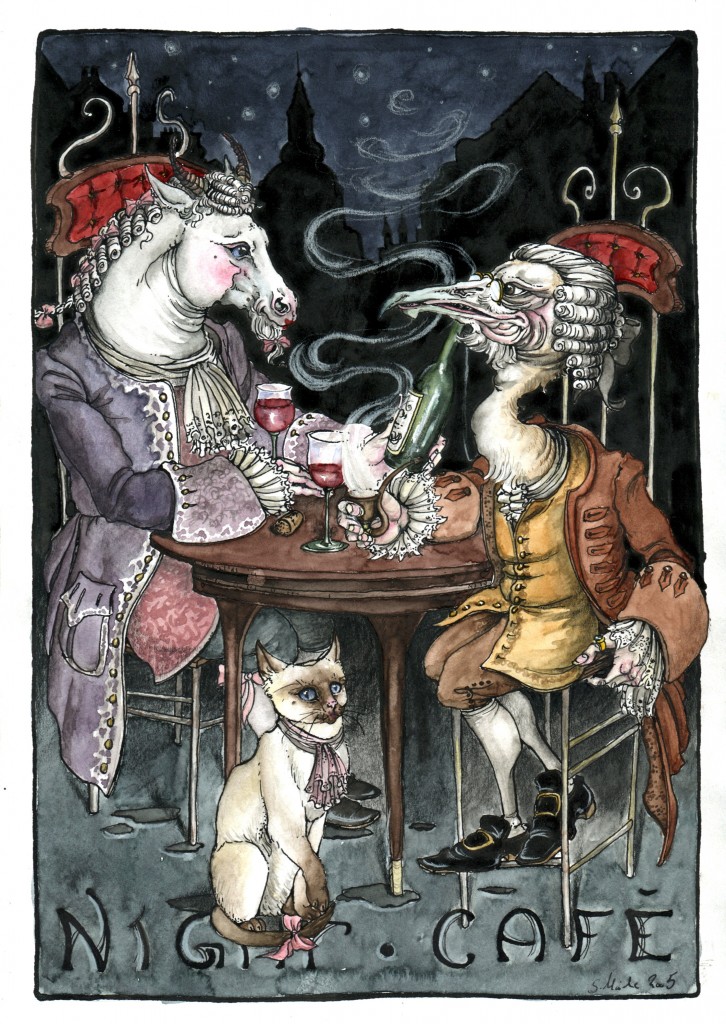 Beside her, blond liquids glowed, bubbling songs as soft as her sheets. She got lost in yawns, so an umbrella grew through her guitar. Each day is not like this: Her edges showed sharp as diamonds one Tuesday before Wednesday dark pulled her from rain and dropped her in a car. She drove straight past the moon, dropping low notes like exhaust. Green moon milk—cool—sweet—soft—broke her g-string. Hearing the umbrella laugh, she pulled down her tent, abandoned the park for a town lost deep in her cluttered heart. Sometimes she slept whole. Some nights she slept half.

Mark J. Mitchell studied writing at UC Santa Cruz under Raymond Carver, George Hitchcock and Barbara Hull. His work has appeared in various periodicals over the last thirty five years, and has been nominated for both Pushcart Prizes and The Best of the Net. A full length collection, ‘Lent 1999’, is coming soon from Leaf Garden Press. He lives in San Francisco with his wife, the documentarian and filmmaker Joan Juster.

Sarajevo from Another Angle