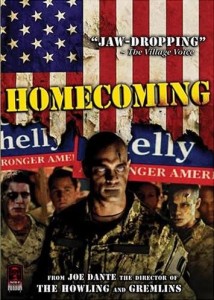 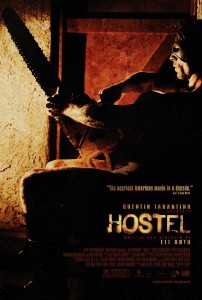 The two most prominent examples of the torture porn trend are Eli Roth’s Hostel (2005) and the Saw franchise, the latter of which has become the most profitable horror movie series in history. Both works offer differing takes on specific post-9/11 anxieties, in the case of the Saw films the horror of hostage taking and videos of hostages being killed by militants posted online during the Iraq War. The twisted logic of the Jigsaw killer, that those he has placed in at worst lethal and at best crippling scenarios have earned their torture through Western decadence or moral ineptitude, proves a sharp commentary when considered in the context of the rhetoric on display in terrorist hostage videos.

Eli Roth attempted this kind of dramatic commentary in Hostel but with a reverse perspective. The unimaginable horrors faced by his American tourist protagonists in an Eastern European torture-for-profit organisation reflect a collective guilt over the way American agencies have been seen to conduct morally reprehensible and torturous interrogation of suspected terrorists. The film offers a role-reversal hypothesis for the viewer, a “would this be acceptable if it happened to us?” question. In this way the narrative is reactionary rather than reflective. The horror expressed by Hostel is a fear of reprisal, a gut terror that Americans aren’t safe in the modern world because of the perceived hatred felt by the modern world for America. Hostel is therefore not so much an examination of post-9/11 fears but an example of them.

The fears of post-9/11 America certainly faced examination in the horror genre, but there is one notable instance of 9/11 itself being confronted on screen. The trauma of that day found its cinematic reflection in another horror trend which saw a boom period during the last decade, and in a strange twist of fate this particular movie was born out of cinematic history that occurred during the attacks.

French sibling filmmakers Jules and Gedeon Naudet were making a documentary about a rookie New York City fire-fighter when their cameras captured the first plane striking the World Trade Centre. That day the two became eyewitnesses to history, with one brother filming the emergency response inside the towers and the other documenting the reaction on the streets of Manhattan. The subsequent film composed of what they shot that day can be considered a true-life found footage movie. Amateur footage captured on that day would also form the narrative of the later release 102 Minutes That Changed America. With these films the attacks produced an unexpected consequence; it answered the fundamental plot hole of the found footage movie. “Why would you keep filming? Just drop the camera and run!”

If we assume that the behind-the-lens protagonist of the found footage movie has, like the Naudet brothers, a journalistic interest in documenting the horror happening in front of them, then the modern found footage trend can be considered a post-9/11 phenomenon. As the 7/7 attacks in London showed, this needn’t just apply to documentary filmmakers or journalists, as when bombs ripped through the London Underground the devastation was captured by ordinary people on their camera phones. A found footage horror movie could therefore confront 9/11 itself by mirroring the images which the day produced.

Cloverfield (2008) is American horror’s 9/11 immersion therapy. Serving as a fictional recreation of the attacks, it allows the viewer to confront the trauma of that day but also maintains constant reassurance that what is being watched is make-believe. There are no terrorists in this narrative, it’s a Hollywood monster, but the devastation it unleashes on New York is much the same. The way this devastation is captured on camera is uncannily reminiscent of the Naudet brothers’ film; the falling buildings, the dust, the constant running, it’s all there. The viewer replicates the experience of watching the 9/11 attacks unfold but in the safe confines of the fictional horror movie. American horror thus directly confronted the cinematic trauma of September 11th through the use of safe scares.

The American horror remake trend of the last ten years may have been a consequence of post-9/11 trauma but it was certainly not the only way the genre expressed itself. Hollywood horror maintains its searing ability to confront, explore and exploit the fears of American society. No matter how great the trauma, the American horror movie survives.