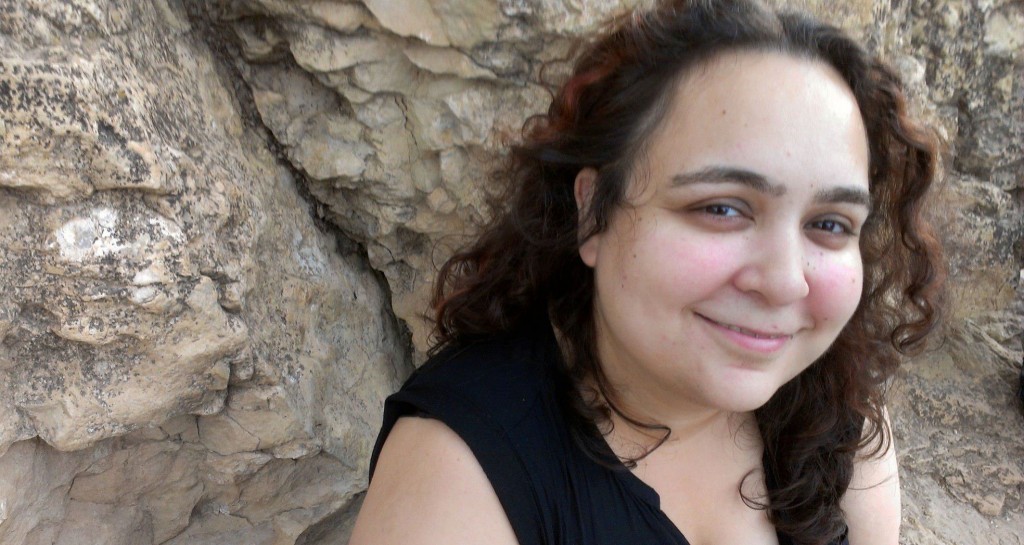 Kyla Pasha—poet, essayist, playwright—is one of the leading figures in an emerging generation of Pakistani writers, and her magazine ‘Chay’ has been influential in challenging the ‘taboo’ of discussing sex and sexuality in Pakistan. In our October Poet of the Month interview, she talks to Rosario Freire about the history of the women’s movement in Pakistan, the ways in which ‘Muslimness and feminism’ come together for her, and how we can begin to change attitudes to talking about the body and sex.

In previous interviews, you have defined yourself as a Pakistani poet, feminist and Muslim. How do these different roles influence your writing? Do these national, political and religious identities often converge, or do they represent different stages and processes in your life and poetry?

I have to say, those interviews were about ten years ago and things have changed a lot. I’m not really invested in a national identity of any sort, but where I am from and where I live matters to me a great deal. The land, the landscape, the people, all come together to make up a poem. Muslimness and feminism come together for me a lot. I find myself using metaphors rooted in Islamic motifs when I’m talking about feminist issues, or about pain or love. All poems are love poems, you know. And what I love about poems is that you can pack a bunch of things in a tiny space and, if you did it right, it works. So, no, religion, politics, place have never been different stages.  They all come together, all at once.

As I understand, the women’s movement in Pakistan has a long and complex history of struggle; of successes and difficulties, of periods of progress and regression, with some exemplary figures such as Fatima Jinnah, Kishwar Naheed, Ismat Chugtai, Farida Shaheed and Khawar Mumtaz. What do you think are the main challenges facing the movement nowadays? Do you see your own poetry as part of this struggle?

Poetry is so central to struggle in Pakistan. Fahmida Riaz, Kishwar Naheed, Faiz— all of these poets write struggle into poetry and the most beautiful thing about it, the thing that makes me wish I could write in Urdu, is that it gets put to music. And then everyone can enjoy it all the more. Struggle has such a long history in the land, that it’s a part of all of our languages. I hope it’s finding its way into English now, which is one more of our languages. English is difficult because it’s such a reserved language and it’s so hard to express the kind of heart-on-sleeve emotions that are so easy in Punjabi or Urdu.

But to get back to your question, there are too many challenges facing the movement these days. One is actual movement. It’s not that movement is not happening, but that one movement isn’t aware of another, sometimes deliberately, sometimes ingenuously, and sometimes as self-preservation— some movements are just low-key to avoid being associated with capital F Feminism. It’s unfortunate, but it’s understandable. We live in such oppositional, difficult and violent times. Another challenge, though, is ideology and the desire to keep pure to an ideology— secularism, Islamism, Marxism. So we don’t work the intersections of people lives, or the realities of what is happening to people, which has to do with fundamentalism, yes, but also poverty, ethnicity, sexuality, disability. Right now, I think feminist movements are struggling with how to effectively work the intersections of people’s lives.

Sexuality appears to be a recurrent theme in your work.  You’ve said in a previous interview that, in Pakistan, “talking about the body and sex is such a taboo, it’s not really an option.” How can we begin changing that attitude?

All poems are love poems, you know.
By talking about it. I think it’s happening, slowly, in different ways. There’s been a recent issue, earlier this month, of sexual harassment at a major Lahore university and women are speaking up. If we talk about desire being real, if we talk about it like it’s about joy and not about shame, if we respect bodies and talk about respecting bodies and consent, we can get to a better place. It requires solidarity with and among people who speak out on sex and sexuality, and again, regardless of deeper ideological differences. The conversation is important.

I’m interested in the magazine you co-founded: Chay: Sex and Sexuality in Pakistan, South Asia and Abroad. How did that project come into being? What kind of response have you received from readers, and what does it mean for you personally being part of it?

Largely positive. When we started it in 2008, it got a lot of attention very quickly. I think it was a unique, early voice in the current conversations we’re having about sexuality. We came up with it at a coffee shop one day because myself and the other founding editor, Sarah Suhail, were discussing how difficult it is to talk about body and sex. Initially, we wanted to create a physical space that would be an open forum for all kinds of conversation. But it occurred to us that perhaps the capital outlay for that would be a bit much! So we settled on a magazine, and that’s how it all got going.

I’m very pleased with what Chay Magazine has been for people and the kind of voice it’s been. We’re going to revive it and make it more intersectional, more about a number of complicated things that tie into sexuality and feminism. I want it to keep being a voice that matters.

I was fascinated and intrigued by your poem ‘Contact’, and the way that the multiple forms of contact represented in the piece seemed only to expand the sense of distance.  There’s a Rumi poem that begins, ‘I’m so close to you that I’m far apart’, and I wonder whether you see your poem exploring the same paradox? Can you tell us anything about the writing process behind the poem?

I wish I could say there was a writing process. My writing style is usually that I feel a thing and I write some stuff. I know it sounds idiotic when I say it like that, but that’s kind of how it was. I remember it was night time, I was on my own and I was quite grumpy. For me, the poem’s about wishes that can’t come into being and care-taking that fails to happen. It’s about affection that doesn’t come to anything, regardless of what you wish for it.

But also, you have to realize, it doesn’t matter what I think the poem is about. Once it’s a poem, it’s about all of the things it can be about. No poet should have the last word on what their poem is.

Art as Protest, Art as Revolution

Can art change the world? Gimel Samera ponders art's place in socio-political change using the growing civil unrest around the...