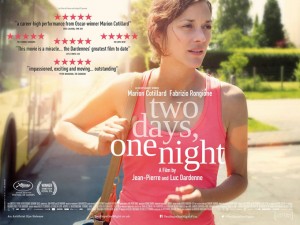 It’s rare that the weakest of female characters makes such a strong on-screen presence as Marion Cotillard’s Sandra in the Dardennes’ latest film. Earlier this year, in James Gray’s The Immigrant, Cotillard performed as another beaten-down woman seeking a sense of purpose. Neither film necessarily offers an uplifting story about women, but there’s a certain perceived assertiveness to the actress’ embodiment of those characters. In this unsentimental tale of solidarity and self-worth, the lead star glibly switches between desperation and shame, timidity and fortitude.

The conceit is that, under a time constraint, Sandra carries out a door-to-door canvass to keep her job, which will cost her colleagues a bonus. It’s a streamlined narrative, but that doesn’t mean the conflict is a clear-cut me-against-them sort. While the film borrows its dynamism mostly from Sandra’s varying responses after pleading either on the phone or on the doorstep, what really infuses it with potent humanism are the diverse personalities and circumstances the co-workers contribute. During her first call, we only see Sandra reacting to what is being said on the other end of the line. Framed in a seemingly disinterested medium shot, Cotillard manages to channel the reluctance and mortification her alter-ego feels without making overt gestures. From then on the directors incrementally increase the other employees’ visibility, pitting Sandra against not some vaguely defined enemy but fleshed-out humans. With the help of the brothers’ exactingly-timed cuts and nuanced shifts in camera distance, as well as the actress’ keen instinct for drama, Sandra’s emotional displays are well modulated. The negotiations largely occur in lengthy, distant two-shots, but the Dardennes allows for close-ups when refusal hits her hard, or when an affirmation puts a smile on her face.

With heartless (and almost faceless) corporate types pushed to the margins — literally, in the opening and close — of the story, the film’s politics aren’t so thickly veiled, but its social engagement feels modest without pompousness. It’s not only one of the year’s best, but it has the best performance of the year, period. 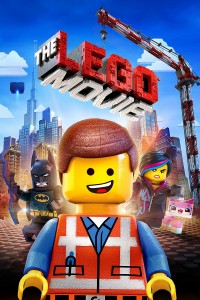 Simply put, this movie was my childhood, or at least a large part of it. The movie is not just for kids. It is genuinely funny, thoughtful, and truly for moviegoers of all ages. It is also extremely well animated, cannily cast and perfectly suited for 3D. You only see two human actors in the entire film, but the credits just scream “all-star hit.” And this is one film I can safely say actually delivers.

Another particularly notable aspect about The LEGO Movie is its attention to heroes. Several heroic characters (including the ever relevant Gandalf) make little more than cameo appearances (though Batman is cast as a moodier secondary character), while Emmet, the hero of the film and indeed “The Special,” is your everyday guy, who has an average job and really follows along with all of the modern trends.

Of course, “everything is awesome”. Okay, maybe not. There’s a villain who wants to rule the (LEGO) world and all but enslaves several of the more heroic characters to propagate his control. The movie is, for the majority, fast paced, but lucidly transitions between the action, comedy and plot points, in addition to showcasing a heaping helping of some very diverse bricks (including dragons), as the story travels through several different LEGO worlds that we can purchase and build. And throughout the film, a touching, feasible romance starts to bloom in between trying to save the world.

Of course, there is the seemingly obligatory moralizing message (that anyone is capable of being a hero), but the film’s list of negative qualities is a short one. Even the soundtrack is extremely catchy! (Like I said, everything is awesome!) The LEGO Movie also plays inventively with a lot of tropes, making references that many filmgoers probably found (I sure did) amusing.

Is it film of the year? Animated, maybe. Regardless though, it is extremely creative, and I would declare it “a must see”, at least once. Your age is irrelevant; you will have fun. You might find yourself glued to your seat by the end! 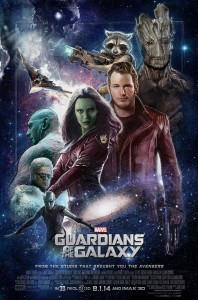 Okay, so it’s probably a cliché pick, but who saw this coming? A movie about D-list Marvel characters, with a cast of not-quite-A-list actors (excepting the voice talents) and a soundtrack from before most of us were sentient, in a story even comics fans were skeptical of putting their support behind, turns out to be the runaway blockbuster hit of the year. If someone had tried to tell 10-year-old me that her favorite heroes would end up being the raccoon with violent tendencies and his anthropomorphic tree sidekick, I’d probably have found my way into a time machine and skipped all the way to 2014 to see for myself.

But such is the awesome power of the Marvel momentum — you just can’t slow them down.

This is a story of misfits and weirdos who win the day, and it succeeds with the help of some brilliant casting choices. James Gunn clearly plays off of the unique eccentricities that each of the actors bring (overly literal Bautista continues to be a revelation), and subtly pushes the Grand Marvel Narrative forward without being too overbearing on either front.

Sure, it wasn’t the most groundbreaking of stories. And yes, the visuals often left something to be desired. But — and this is the kicker — wasn’t it just so much fun? You just can’t get enough of the quietly raunchy humor, the self-aware speeches of glory, the love-hate relationships, the music, the sheer exuberance. After all the darkness and the existentialism that made its way into big screen adaptations over the last decade, finally someone steps forward to say THIS! This is how you do superhero movies. Marvel 1, DC 0.

Move over, Midas. There’s a new sheriff in town… at least until I’m well into my thirties. 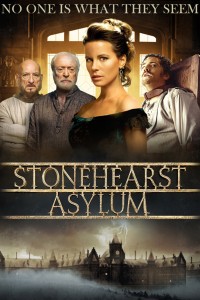 At the beginning of the year, I’d written down a list of 2014-released films that I could not wait to see. The list included X-Men: Days Of Future Past, Guardians of the Galaxy, The Grand Budapest Hotel, Before I Go To Sleep, and of course the much anticipated, The Hobbit: The Battle of the Five Armies. But if you would ask me to name my pick of the year, surprisingly you will not find it on the list. Sometimes it’s not the ones that you’ve waited for that end up becoming the one you’ve enjoyed the most. This year, I would like to introduce you to Brad Anderson’s Stonehearst Asylum.

This psychological thriller is loosely based on Edgar Allan Poe’s short story, “The System of Doctor Tarr and Professor Fether”. Set in the late 1800s, newbie medical school graduate Edward Newgate (Jim Sturgess) visits a British mental institution in search of apprenticeship under the well-regarded alienist Dr. Salt (Michael Caine). However, upon arrival, it’s not Dr. Salt whom he finds running the asylum but Dr. Silas Lamb (Ben Kingsley), whose methods of medical treatment are considered unorthodox. The longer Newgate stays, the more he realizes that nothing in Stonehearst is what it seems. Patients are hardly treated. Instead of straitjackets, electroshocks or ice-cold buckets of water, they are given the freedom to indulge in their delusions. It is also a custom for patients and staff to dine together. Trouble begins when Newgate finds himself highly infatuated with one of the patients, beautiful Eliza Graves (Kate Beckinsale), a sexual-abuse survivor institutionalized for “hysteria”.

Stonehearst Asylum offers more than a strong cast. A film about insanity and abuse of power, it gives you a macabre view of 19th-century medicine, when methods of psychological treatment and study were ethically questionable and even what we now consider barbaric. Though somewhat predictable, the plotline is gripping with a dash of dark humor, keeping you on your toes. So if you have a list of films to see, consider adding Stonehearst Asylum to it.

“soon it will be dark and hard to find/ the faintest light…/ But the farthest point/ of this barren land seems to sparkle.”
Poem of the Week (February 3), by Afshan Sajjad. Translated from Urdu by Kathrine Sowerby.