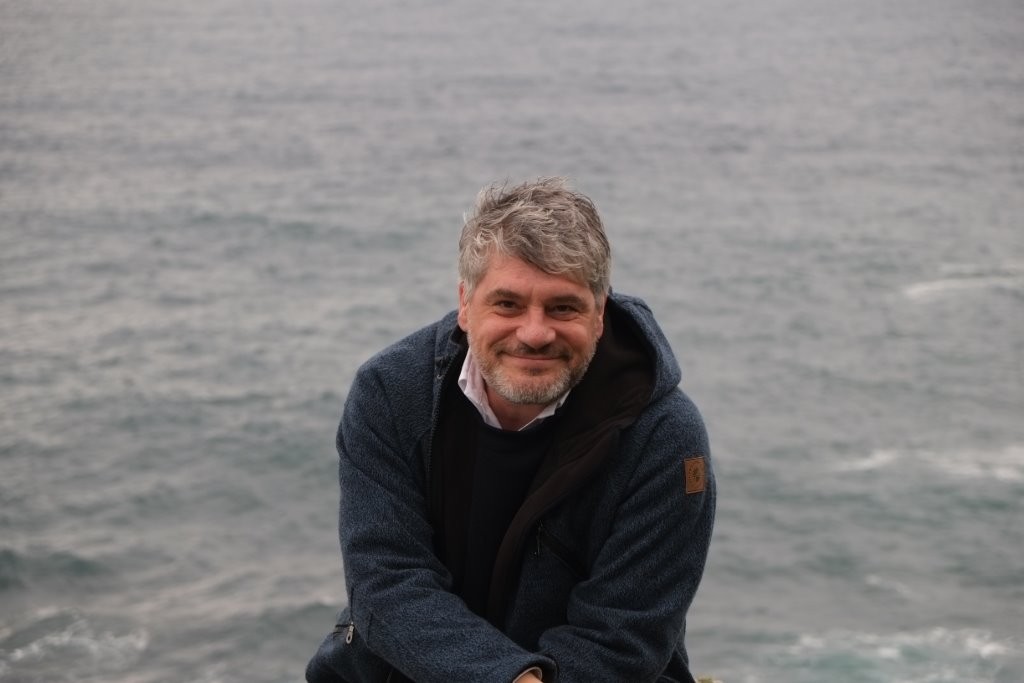 Raoul Schrott is a prolific poet, critic and translator, whose work has been at the frontier of redefining and refining our understanding of a whole variety of literary forms. Brought up between Tunisia and Tyrol, he has lived and worked across Europe. His translations of ancient Greek literature into modern colloquial German have won acclaim and popularity, and his book ‘Homers Heimat’ has challenged orthodox views of the cultural background of the founder of Western literature. In the Poet of the Month Interview for December, he talks to Jamie Osborn about translation, neuroscience, and how poetry can be a kind of map helping us to understand what it means to be human.

Your poems have been translated by Iain Galbraith, but you yourself are a translator, having translated Homer into modern German. There are so many different views and theories about translation — how do you feel about the process, of translating other writers and having your own writing translated?

Aside from literal poetry translations done for academic purposes, I think a translation of a poem fulfils its function only if it becomes a poem itself. A poem is more than the semantic information it contains – it is also a musical event and a statement of form: all three levels — form, prosody and literal meaning — synchronized, intertwined and interdependent. A translation must try to recreate these relations in the target-language — only then will it be a match for the original. I am lucky to have a poet like Iain translating my poems. As all poets must be lucky to have poets translating them…

Your poems are highly evocative of surroundings and settings, even if these are not a single, unified location. You also end many of your poems with a note as to the date and place of writing. How important is an awareness of place to your writing? I understand that you have lived in several different countries, from Tunisia to Austria; how has this influenced you?

Most often a poem happens in specific circumstances and it refers to things seen or experienced in peculiar surroundings. To me signing a poem off with a place and date is a statement of a certain kind of realism — it means I am not trying to poeticize something simply for the sake of making a poem: a reader can go there and look for himself. Or put differently: it permits the validation or falsification of its premises. In as far as poetry is a way of thinking and grasping reality in the context of travels it also serves as a kind of map — giving the coordinates of space and time as seen through one particular instance. Living in different countries often makes this kind of orientation aesthetically or existentially necessary or pleasurable. And different cultures and traditions also encourage different and new approaches to poetry.

Perhaps related to that question of setting, how do you see the mechanics of time in your poems? It seems to me that in poems like ‘Erice’ there are multiple time-frames at work, particularly when you bring in the Roman-born Greek writer Aelian. Do you consciously try to bring the historical into the contemporary and make it immediate?

In this context, poetry is a kind of echo-sounding. Seeing a place through the lens of history allows comparisons between time past and time present, helping to define the here and now. By comparing such views — which often contrast — a definition of what is human and what is real becomes at least feasible, more tangible. And through that poetry becomes something anthropological: it allows us to grasp what it is to be human from different points of view, through the common denominators of past and present.

Poetry is a kind of echo-sounding. Seeing a place through the lens of history allows comparisons between time past and time present, helping to define the here and now.
I understand that you have an interest in science and have worked on “neuropoetics”. Can you explain what attracts you to the science of poetry, and why it is important?

Working with neuroscientists allowed me to define what poetry is: why we think in metaphors and how; what a rhyme really triggers in us and why; why lines of verse are short. To elucidate that you’d have to give me some extra pages though… A neuropoetic approach, far from being just a fad if done properly, demonstrates that poetry is not a special, artificial, artistic way of thinking — rather it foregrounds essential, elementary and fundamental cognitive processes which we also make use of in more prosaic and everyday contexts. It is in this respect that the sciences also make use of so-called ‘poetic’ modes of thinking — analogies, metaphors, images — to arrive at their insights.

Aelian wrote about the live sacrifice of animals in the town of Erice. To me, that recalls the final image of your poem, ‘Erice’ — but it feels as though it is as much the poet who is going to be sacrificed as the nude subject. Some of your other poems, too, have a touching sense of vulnerability about the speaker. Are there victims in your work? Is there something sacrificial about poetry?

Myths to me are no more than cognitive structures turned into stories. I try to avoid the kind of mythical mumbo-jumbo that ends up poeticizing something in obscurely transcendent terms… The speaker, the I of the poem, and its object, are only as vulnerable as we all are in human terms. But of course in that sense you are right: the victimisation implicit in this poem only shines through by allusion to Aelian. It is not central, but it is there, in the margins. Thank you for seeing this!