Only 5 names left to reveal in our annual survey of the ‘best’ poets in Britain. More information on how the rankings are put together is available here. 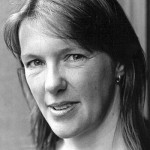 2011/12 highlights: The Overhaul won the Costa Poetry Prize in 2012, was shortlisted for the T.S. Eliot Prize, and was selected as a Poetry Book of the Year by Tom Payne in the Telegraph and Adam Newey in the Guardian.

The Overhaul was Kathleen Jamie’s first poetry collection in eight years, following the Forward Prize-winning The Tree House. Between collections, she published two books of essays on the natural world (everything from birdlife in Orkney to the aurora borealis in Greenland), arguing that ‘When we step outside and look up, we’re not little cogs in the capitalist machine. It’s the simplest act of resistance and renewal.’ Unsurprisingly, Jamie’s poems usually draw their power from close observation, the irresistible accumulation of detail: in ‘Moon’, the moon ‘travelled/ with a small valise/ of darkness’; in the eerie ‘Crossing the Loch’, a ‘wounded hills’ are ‘dark-starred with blaeberries.’ The vernacular ‘blaeberries’ in that line are also typical of Jamie’s work: although she’s never likely to be confused with Tom Leonard, Jamie is a Scots poet — attentive to the sound of local speech in the ‘fitba pitch’ and ‘no too cliver/ no above yersel’ of ‘The Queen of Sheba’. Sparse language, powerful imagery and close attention to the natural world may sound all too familiar to poetry readers (compare ‘Crossing the Loch’ to the stolen boat episode from Wordsworth’s ‘Prelude’), but Jamie is too good a poet to slip into easy clichés.

Go and read: ‘Crossing the Loch’ – a post-pub boat journey through ‘the spill/ of the loch reach(ing) long into the night.’ 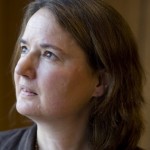 2011/12 highlights: Received the Queen’s Gold Medal for Poetry in 2011, and had ‘Bees’ shortlisted for the Forward Prize for Best Single Poem. Represented the UK at the London Poetry Parnassus in 2012.

Jo Shapcott’s poems have been getting quieter over the last few decades — you can hear it in the titles. Early in her writing career, she was best known for ‘The Surrealists’ Summer Convention Came to Our City’ (her first of two National Poetry Competition winners) and Electroplating The Baby, as well as her sequence of ‘Mad Cow’ poems. Her latest collection, Of Mutability, sounds understated in comparison, but it’s perhaps the most powerful of the lot — dealing directly with her recovery from breast cancer. Shapcott is vying (in the most amiable sense of the word) with Carol Ann Duffy for the title of best-known female poet in Britain, and their subject matter occasionally overlaps: Shapcott’s ‘Mrs. Noah, taken after the flood’ offers another slant on Duffy’s influential ‘World’s Wife’ poems, while Shapcott’s ‘Bees’, shortlisted for the 2011 Forward Prize for Best Single Poem, echoed the major theme of Duffy’s most recent collection. Shapcott is known for being linguistically playful, with an understated sense of humour and a willingness to tackle an enormous range of subjects, from ‘piss flower’ sculptures to quantum physics. 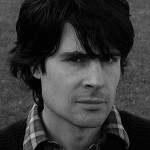 2011/12 highlights: Bee Journal shortlisted for both the Costa Prize and the T.S. Eliot Prize in 2012, and chosen as one of Adam Newey’s Poetry Books of the Year in the Guardian.

Anything Shapcott and Duffy can do, Sean Borodale can do better… or at least at greater length. His first full-length collection, Bee Journal, documents ‘a year in the life and death of a swarm’. Any number of writers cast long shadows over Borodale’s work: Louis MacNeice’s Autumn Journal is an obvious influence, and poetry about bees can be traced as far back as Virgil. In Granta, Gillian Clarke made the connection with The Life of the Bee, by Maurice Maeterlinck (the only Belgian to win the Nobel Prize for Literature). Borodale’s bee poems were described by Simon Armitage as ‘so dense and rich you could stand a spoon in them’; the wonderfully acerbic Dave Coates, on the other hand, dismissed Bee Journal as ‘frightfully dull… Borodale’s account of what his home-grown honey tastes like on buttered toast is by some margin the most middle-class thing I’ve read in some time.’ It’s worth noting that Borodale is also the author of three ‘topographical works’, long psychogeographical pieces which cross back and forth over the contested border between poetry and prose, and whether poetry is his natural medium is perhaps still open to debate.

Go and read: Bee Journal is best read as a full collection, rather than as individual poems; for the moment, perhaps it would be best to start with the two examples in Granta. 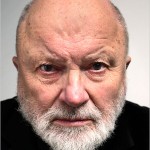 2011/12 highlights: Shortlisted for the Forward Prize for Best Collection in both years, and reviewed in all three major magazines (Poetry Review, Poetry London, PN Review). Professor of Poetry at Oxford since 2010.

Often called ‘our greatest living poet’ by people who proceed to tangle themselves in tight knots trying to explain why, Geoffrey Hill is an intimidating figure: an Oxford professor who delights in the esoteric and the arcane. For example, when Hill begins a poem with ‘Lawes makes his way in grinding the textures/ Of harmony’, the reader is expected to know (or quickly find out) that Lawes is ‘William Lawes, a minor Royalist composer who died… at the Siege of Chester in 1645.’ The reader is also expected to discover that the title of the collection, Clavics, refers back to Clavis: ‘a short but influential book by the mystic Jacob Boehme.’ Hill’s poetry is certainly difficult, but there’s no reason why that shouldn’t be interpreted as high praise: it’s possible to get more out of a single stanza of Hill’s work than an entire collection of someone else’s. But are there times when Hill disregards the reader entirely, leading to poems that are so hermetic as to be almost worthless? A great deal of Hill’s lines read like the clues for a particularly difficult crossword:  ‘Bring torch for Cabbalah brand new treatise, /Numerology also makes much sense, /O Astraea!’

Go and read: Hill is probably at his best when at his most direct, as is in the Holocaust poem ‘September Song’. 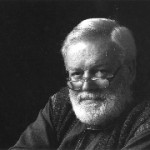 Michael Longley was born in the same year as his compatriot Seamus Heaney, and belongs to the gifted generation of Northern Irish poets who began publishing roughly at the beginning of ‘the Troubles’. Longley studied Classics in Dublin, and where Heaney reached back to ‘the old man-killing parishes’ of the Danish ‘bog people’, Longley melded Greek and Roman mythology with contemporary Irish history. ‘Ceasefire’, for example, describes the recovery of Hector’s body after his defeat by Achilles, but is all the more resonant for being published shortly after a ceasefire in Northern Ireland: the closing couplet – ‘I get down on my knees and do what must be done/ And kiss Achilles’ hand, the killer of my son’ – gains power when read in its historical context. Jeremy Noel-Tod, among others, has suggested that Longley’s poetry is rooted too firmly in the past: ‘…the twenty-first century only occasionally breaks ‘the greenshank’s estuarial fluting.’’ Certainly, Longley’s elegant lines and ability to work within traditional forms (‘Ceasefire’ is a sonnet) set him apart from, say, the fiercely ‘contemporary’ Sam Riviere. But perhaps fashion is simply that which appears most ridiculous to posterity; to say that Longley’s work is ‘timeless’ should be a form of praise.

Go and read: The first Longley poem that comes to mind is the quietly perfect ‘Björn Olinder’s Pictures’; next is ‘The Ice-Cream Man’, which manages to perform the implausible trick of transforming a list of ice-cream flavours into an elegy.

Story of the Week (April 19), by Papree Rahman. Translated from the Bengali by Masrufa Ayesha Nusrat.