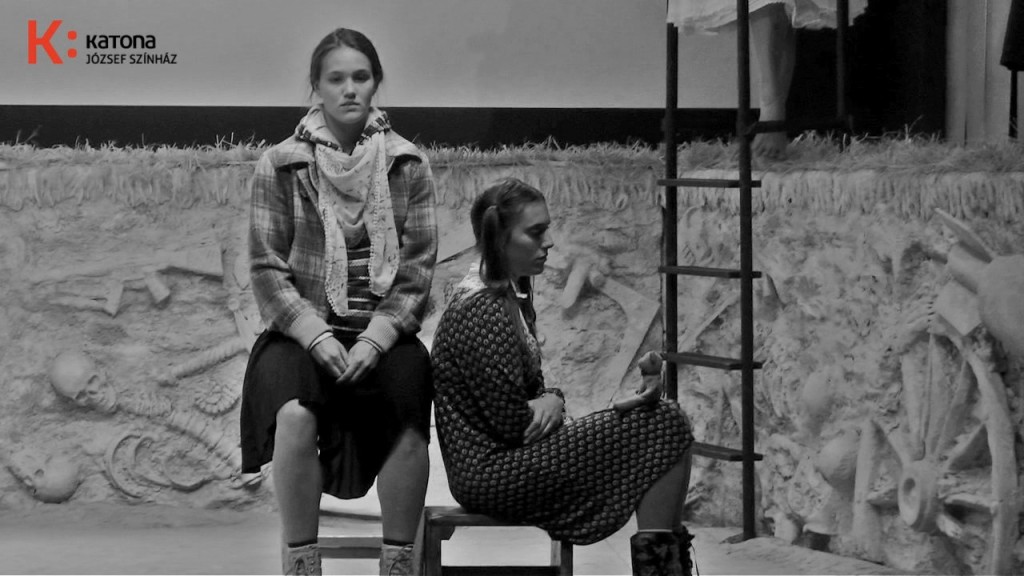 In the north-eastern part of Hungary, there is a small town called Olaszliszka. Much of this section of the country is occupied by the Alföld, the low-lying plains that extend from the Pest embankment of the Danube all the way into Transylvania. Here it is hard not to feel the presence of the enormous steppe that in essence renders Europe a mere peninsula of Asia, yet it is, in the end, an illusion, only a miniature steppe fenced in by the massive geological ring of the Carpathians. A promise of immeasurable breadth, shrunk down to the diminutive Hapsburg-theatrical dimensions of a Europe forever insisting on its “centrality”— and yet the same brooding flatness, the same haunting existential bareness of the emptied lands, the “zones” of Tarkovsky.

Yet at its edges the Alföld merges into a milder landscape, a landscape more stereotypically European in its contours. Low vineyard-covered hills rise towards the national borders, verging in towards the renowned centre of the town of Tokaj. In ages past, Jewish traders sending the “wine of kings” to the Polish nobility settled in this region; after the Holocaust, the deserted villages began to be occupied by those whom Hungarian society has, in the course of its various ideologies, forcibly excluded. Many Hungarian Roma have been settled here, and the harsh edges of social exclusion take on a bitter tang among the sweetness of the grapes ripening in the famed “noble rot.”

Here, in the village of Olaszliszka in October 2006, a brutal murder took place. A schoolteacher was driving his car through the town with two of his daughters. Children were playing in the street. A girl was knocked over or possibly struck by the car. Or possibly she just fell. As so often in a Hungarian context, the words brush by things, hinting at them, delineating them, then disappearing again. The girl was struck—or not struck—by the car. For the people in that village, she had been struck by the car. And yet—as the subsequent investigation determined—she hadn’t been, not at all. It seems she had just stumbled into the ditch next to the road as the car—not at high speed—drove by.

But as in so many instances, what mattered was not what happened, but what was thought to have happened. The villagers believed that the schoolteacher had struck the girl with his car. And that she had been killed. The schoolteacher was pulled from the car and murdered in front of his two daughters. The court later determined he had been struck with no less than 45 blows, mainly delivered by the older brother and other male relatives of the eleven-year-old who, it was then believed, had been struck by the car.

The case, needless to say, shocked Hungary—it became known as the Olaszliszka lynching—and provided fuel for the fire for those who would create panic around the issue of so-called “Gypsy crime,” itself a perennial theme among Hungary’s far-right media.

Borbély truly shows himself as the legitimate heir to the great Hungarian poet János Pilinszky, unafraid to confront the deepest moral questions of the 20th century and its many killing fields
Szilárd Borbély’s play in verse, ‘Olaszliszka’ (Az Olaszliszkai) published in the collection ‘They Pass before Our Eyes’ (Szemünk előtt vonulnak el, Palatinus, 2011),  narrates the story of the Olaszliszka lynching. A father—his name in the play is the Sacrifice (Aldozat in Hungarian means both sacrifice and victim)—is driving through the countryside with his two younger daughters to pick up the third daughter in another village. He rhapsodizes about the beauty of the landscape, the Hungarian language. The middle daughter is old enough to be bored and cynical, asking if he can’t wait until tomorrow to “lecture.” The names of all the plants and flowers don’t interest her, while the father states:

We must leave the road […]
where our brethren, the hooded lark goes,
bowing down deeply to the face of the earth,
who is our mother, our sibling, our older sister in one…

The earth is at once our mother and the repository of the dead, reminding us of our duty to remember. This sacred obligation is equally embodied in the play by the Foreigner. The Foreigner (possibly either a descendant of an old Szátmar Jewish family or an émigré) appears in Olaszliszka, wishing to visit the old Jewish cemetery. In doing so, he comes upon a rather unpleasant—but, it must be said, quite true-to-life—Villager, whom he asks for directions. The Foreigner observes:

While the Villager, in his turn, manifests his indifference, strongly tinged with hostility. As for him, he bears no burden of memory:

There once was a people here who could not forget—
But why should we care that the evening mist
above the river is painful for them,
the scent of grapes and earth is painful for them,
for only here is the plum so blue—and it hurts them
to love the walnut tree’s sharp scent, to love how
moths are scared away by hiding tobacco leaves
in the eiderdown: who cares?

The Foreigner’s quest for the cemetery forms a parallel thread with the narrative of the father driving through the village on a lazy Sunday with his two children. The Foreigner has heard of the incident (“That’s where the thing happened”) which, by the time of his visit, is already in the past, suggesting that murder and sacrifice are preordained.

The Chorus in ‘Olaszliszka’ is formed by a group of three women and three men clad in white attire reminiscent of waitresses’ or nurses’ uniforms (all wear skirts). Commenting upon the events like blasé angels, they emerge from the wings of the stage standing upon a slight elevation covered in grass. Below is the earth, which the audience sees in cross-section: half-visible, like a vertical archaeological dig, are fragments of cart-wheels, farm tools, bones, skulls. We walk over the bones of the dead, the assembled relics of the past. The visual staging of the play is indeed masterful: during the scenes where the father is driving in the country with his daughters, shots of the Hungarian countryside, the low, flat houses with peaked roofs, the occasional figure flitting across the screen like an uncertain memory, are projected in black-and-white onto a long thin screen placed high on the stage. The chorus of angels-waitresses emerge from the wings by slipping through long milk-white strips of plastic hanging from the ceiling. This is in fact an instant visual cue: they are the same kind of plastic strips that are used to “mask” the doorways in tobacconists’ shops, all forcibly nationalized in 2013, indeed a potent visual metaphor for Hungary now.