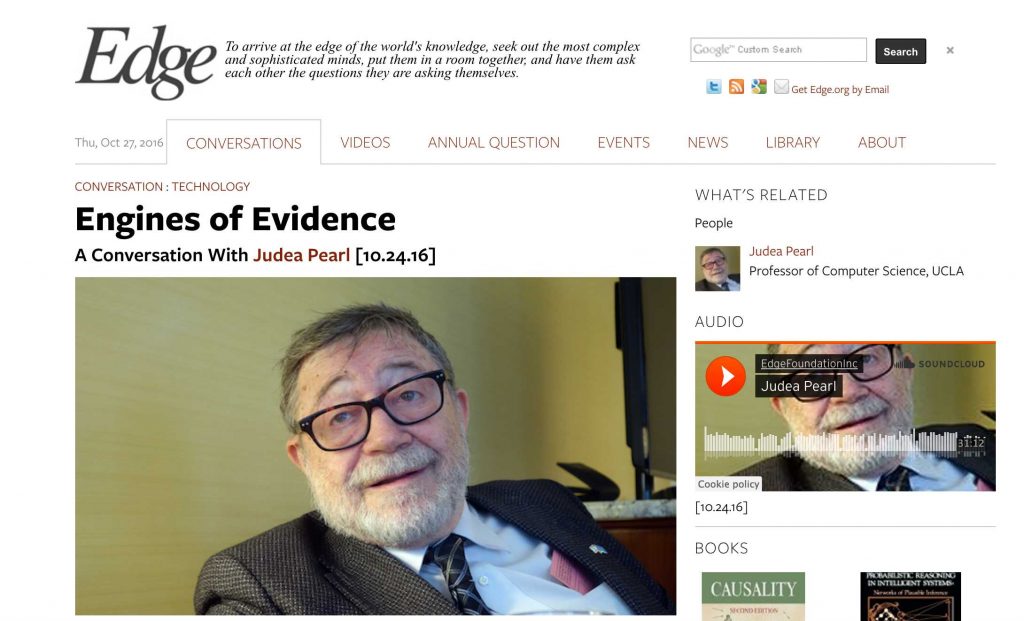 The art of the interview ought to be a pretty simple one. Decide on a person to whom you want to pose some questions. Get access. Pose questions. Record answers. Publish conversation.

That process can break down at any stage. You may not be able to think of anybody for whom you have questions. The opportunity to ask your questions may not arise. Your microphone may not work. The answers may not be interesting enough for you or anybody else to want to publish them. But assuming all the conditions are fulfilled, you have an interview.

In my view, some light editing may be appropriate to remove digressions and dead ends. But that’s it. The interview was conducted as questions and answers; so publish it as a question-and-answer; and the shorter the questions, the better.

It puzzles me that interviews published verbatim as question-and-answer, or Q&A, are so rare in the British and American press. Perhaps writers and editors fear that they if they start publishing what people actually say, they will somehow put themselves out of job. But to me it always seems a waste of time and effort and information to conduct an interview and then to reduce it to the form of a feature article in which the writer cherry-picks a few phrases from the conversation and then smothers them in paragraphs of commentary.

By contrast, I admire Der Spiegel for its readiness to publish Q&A interviews — for example, with German finance minister Wolfgang Schaüble on Brexit. There are no fireworks here, but I come away feeling that I have some authentic sense of Schaeuble’s views, against which his actions can be measured.

I imagine the reluctance to publish Q&A interviews is one reason that we British readers find so few serious interviews with scientists in our newspapers — compared, say, to interviews with novelists or with retired politicians.

It need not be thus. John Brockman’s Edge publishes (almost) exclusively long verbatim conversations between scientists about science, and every one of them is riveting. Oscar Wilde said something to the effect that he never needed to go out in the evening when he could find such wit and wisdom in the books he had at home, and I feel something similar when I read interviews on Edge. Indeed, it may be as well that Edge limits itself to publishing one main interview per month, since if there were many more of them I would have time for nothing else.

Oscar Wilde said something to the effect that he never needed to go out in the evening when he could find such wit and wisdom in the books he had at home. I feel something similar when I read interviews on Edge.
Edge interviews are long — and of course they are long! Interesting conversations tend to run on because they are interesting. Sometimes Edge conversations are a bit slow to get going: I could easily skip the first few paragraphs of this one, in which Seth Lloyd recaps the 25 years of quantum computing leading to his own ground-breaking work; or this one, in which Judea Pearl, before getting on to his main subject of causality, explains how he failed to invent the solid-state memory chip. But in neither case would I have wanted a well-meaning editor to cut these paragraphs without my having had a chance to see them in the first place.

For an introduction to Edge at its recent best, I recommend conversations with George Church on genetic engineering; Stephen Wolfram on artificial intelligence; and Yuval Noah Harari on the future of humanity.

And let me leave you with a thought — two thoughts, actually.

The first thought, about medicine, is expressed by Yuval Noah Harari in his conversation with Daniel Kahneman:

“Every human being has value, has political, economic, and military value, simply because he or she is a human being, and this goes back to the structures of the military and of the economy, where every human being is valuable as a soldier in the trenches and as a worker in the factory.

But in the 21st century, most humans are losing their military and economic value. This is true for the military, it’s done, it’s over. The age of the masses is over. We are no longer in the First World War, where you take millions of soldiers, give each one a rifle and have them run forward. And the same thing perhaps is happening in the economy. Maybe the biggest question of 21st century economics is what will be the need in the economy for most people in the year 2050.

And once most people are no longer really necessary, for the military and for the economy, the idea that you will continue to have mass medicine is not so certain. Could be. It’s not a prophecy, but you should take very seriously the option that people will lose their military and economic value, and medicine will follow.”

My second thought is this: How would a remark of that complexity and subtlety ever have found its way into a conventional newspaper interview? It would not, except at best in a reductive paraphrase. Just imagine, the next time you read a newspaper interview, how much of value was left on the cutting-room floor.

“This will be her first ever voyage to the West Ice… Inexperienced. Alone…”
Story of the Week (March 3), by Tor Even Svanes. Translated from Norwegian by Rosie Hedger.

"there are ten moons in this room,/ a thousand miles in this corridor/ but not a single whisper inside us..."...